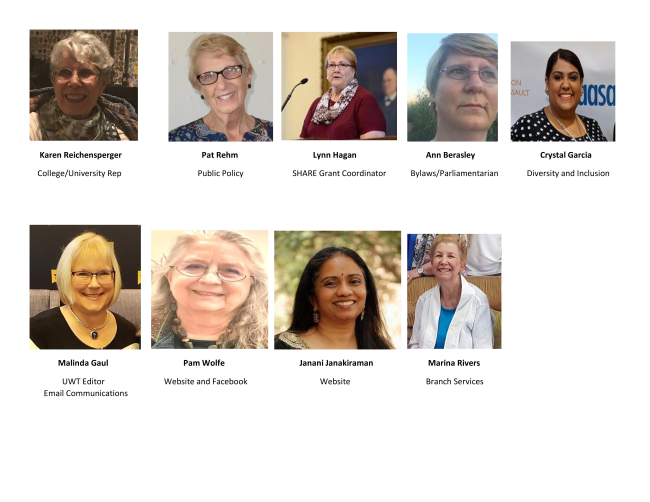 Why serving on the Texas State AAUW Board is a GREAT Idea!

Many of us are carrying a lot of concerns right now. The economy, the teetering job market, and many, many other situations, make everything seem harder than it’s ever been. But like they say, “When the going gets tough, the tough get going.” Now as never before, AAUW Texas NEEDS each one of you.

At the 2016 AAUW Texas 47th Biennial State Convention (April 29-May1, 2016) in San Antonio, we will elect a new state board for a two year term, starting in July 2016. Because a board member can only serve two consecutive terms in the same position, (and three terms total) some officers will have to vacate their positions, although several have indicated they’d be willing to serve again. So new board members will be working side by side with women who have some experience!

Sometimes it’s a lot of work to find women who will serve on the board. Perhaps it’s because many of us don’t know what being a board member entails. So before you write it off, take a look at some facts that might help you see why serving on the Texas state board is worth the effort.….MORE….